The relationship of several couples who try to search for the meaning of the word ‘love’ which differ. Pop and Mo are a young couple, in which the girl has dreams of becoming a steward and air hostess but only the girl, Mo, alone becomes an air hostess in an airline as what she dreamt of. That makes the guy, Pop, have to reluctantly work in the Catering department of the airlineinstead. This is just to be near airplanes, his girlfriend, and the steward profession that he dreams of. He then finds that his definition of love changes when he meets Oat, a trouble making coworker in Catering. While working he becomes the one that people make fun of. “Necessary wife” is the position that he unhappily becomes because Oat likes to irritate and tease him often. Having to work together makes these two unintentionally become rivals in the workplace. Oat annoys Pop a lot, such that Pop doesn’t know what to do with him. But the relationship of this couple progresses from not liking each other’s faces to becoming a close firm friendship before they realize it. At the same time, Mo meets Nick, a handsome pilot trainee of the airline, who is very dedicated to her. 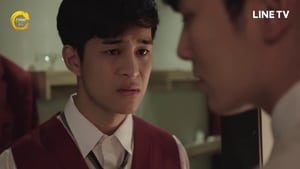